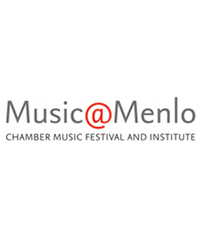 × Please enter the quantity you wish to purchase
× Disc IV presents a broad palette of musical colors and expressive designs from the Baroque to the early twentieth-century avant garde. Giovanni Legrenzi’s “La Foscari” marks one of the 2008 season’s earliest offerings: composed in the mid-seventeenth century, the sonata demonstrates the musical stylings of a composer whose dramatic instincts pointed the way for Vivaldi, Bach, and other subsequent Baroque masters. Hugo Wolf offers a musical window on Italy two centuries later. Though himself Austrian, Wolf harbored a special penchant for Italy, to which he paid homage with his effervescent Italian Serenade. Dmitry Shostakovich’s Prelude and Scherzo for string octet whisks ahead to the 1920s, engulfing the listener in the dissonant intensity of post-revolution Russia. Another work for eight, the Octet of Franz Schubert, provides the emotional centerpiece of this disc. Rooted in Viennese Classicism, yet prophetic of the Romantic style, the Octet represents a late masterpiece from Schubert’s tragically abbreviated career.